The Illinois State Academy of Science would like to recognize the accomplishments of long-standing members whose contributions to the Academy were exceptional, by publishing a short biography. 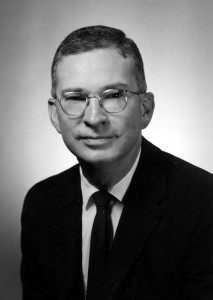 The ISAS is sad to announce the passing of  Laurence Crofutt, longtime member and officer of the Academy.  Laurence was a member since 1956, and he served as Secretary for twenty-five years and as Councilor-at-large from 2004-2006. He was as inducted by ISAS as a Fellow of the Academy in 2003 in recognition of his many years of outstanding service and contributions to research and education.

Laurence E. Crofutt, 87, of Charleston, died at 9:59 p.m. Tuesday (March 10, 2015) in his residence. In accordance with Larry’s wishes no services or visitation were held. He will be buried with his family in Orono, Maine. Condolences may be sent to reedfuneralhome.net. To leave condolences online, visit www.jg-tc.com, click on obituaries, select the individual’s name and click on “View Signatures.”

Laurence was born January 15, 1928 in Orono, Maine, the only child of Charles B. and Reva Pollock Crofutt. Larry attended the University of Maine, Indiana University and the University of Illinois. He had been employed as a bacteriologist by Markham Laboratories from 1955 to 1964 and then the Defense Subsistence Testing Laboratory from 1964 to 1967 in Chicago before coming to the Botany Department of Eastern Illinois University to teach bacteriology. Among other activities he was a longtime adviser of the Botany Club of EIU, secretary of the Illinois State Academy of Science for twenty five years, and served as treasurer of the Fox Ridge Foundation. Larry retired from Eastern Illinois University, Charleston in 1993.

At EIU Larry was for many years the faculty advisor for the Botany Club, and he coordinated the department’s annual Smoky Mountains spring trip for 25 years. Because of Larry’s dedication to the field botany program, he was always organizing either day or week long field trips. Larry kept a database for botany alumni contacts and helped write The Leaf (Botany Department Newsletter). 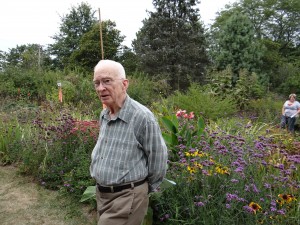